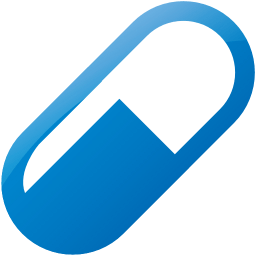 This story was sent in to us, we had a laugh and enjoyed it. So we’d like to feature it here for you.

Gohan was asleep in his bed, wearing his favorite Red brief underwear. He was dreaming about riding four-wheelers. Goten walks in very quietly with a bottle in his hand. He walks to Gohan’s bed, and pulls back the covers. He sees Gohan’s abs and his favorite underwear. Goten giggles at how Gohan is still asleep and doesn’t know Goten is right next to him. He wiggles Gohan’s red underwear and almost laughed at how it looked like jello! He didn’t laugh out loud, so Gohan is still asleep. He opens Gohan’s mouth and puts 1 blue pill in. Gohan swallows but is still asleep.

Goten watches as Gohan’s red underwear gets bigger. He lays his hand on the top of the bulge and feels Gohan’s Dick still growing larger! Goten smiles at how Gohan is still asleep and he is still touching his Dick without him knowing! He giggles. Goten doesn’t want to see Gohan’s Dick without Gohan knowing first, so he pulls the covers over Gohan and runs to play the Wii.After Gohan wakes up, he yawns and does some pushups. But he feels his underwear touching the floor when he does a pushup. He looks inside his favorite red underwear and begins to smile big! He laughs at how cool and big he had become. He quickly runs through the house looking for Goten. He finds Goten in the game room up stairs. He walks in and says “Hey Buddy”Goten turns around and sees Gohan standing in his favorite red underwear with his huge bulge! He looks up at Gohan and smiles. He giggles and walks up to Gohan. He pokes Gohans underwear, and says “How did you get so big?!”Goten continues to touch and play around with it. Gohan laughs as it feels weird, but a good weird, to have his cousin poke his huge Dick.Gohan looks beside the control and sees the bottle of blue pills. He grabs them then goes down stairs. He get a glass of milk and a cup of coffee. He puts 2 blue pills in the coffee with French vanilla. Gohan goes back upstairs and gives Goten the coffee while Gohan drinks the milk.Gohan starts to give Goten a back massage. Gohan suggests that Goten take his shirt off so he can rub his back better, and Goten taxes his shirt off, showing off his abs and nice chest. Gohan gets some lotion and puts it on Goten’s back. He draws Mario on his back, then batman, and spiderman too. Then Gohan says for Goten to take his pants off so that he can rub Goten’s legs with the lotion. Goten likes that idea and does it quickly. He is wearing red and black briefs like Gohan. He thinks they are cool too!Gohan rubs Goten’s feet, and Goten laughs because it tickles him. Gohan rubs Goten’s knees and thighs. Goten sighs a little because it feels good weird. Goten closes his eyes to enjoy the message.Gohan watch’s as Goten’s brief begins to grow bigger! Gohan puts his hand on top of Goten’s underwear, on top of Goten’s Dick. He feels it growing larger. Getting bigger! Finally Goten’s underwear rips open!! Gohan gasps and how big it is. He thinks its awesome and touches it to see if it is real. Goten opens his eyes and looks at Gohan. Gohan asks “can I see if its real?”Goten says ” sure, its not like a catfish that will bite you!”They both laugh and Gohan begins to massage Goten HUGE Dick. It is unreal how big it is. Goten smiles and falls asleep. He dreams of Mario in red and black underwear. He laughs in his sleep.Gohan finishes the Dick massage and wakes Goten up by tickling him in the balls. Goten wakes up laughing! Gohan says for them to workout. The both get up and start running, with their Dick’s slapping their legs and the ground. Goten looks at Gohans Dick and giggles, Gohan looks at Goten’s Dick and giggles too. They both like their Dick’s BIG! They do some pushups, some weightlifting and they finished working out. Gohan and Goten go to the bathroom together to pee. Their Dick’s touched each other because they were too big for the toilet. They laughed and wiggled their Dick’s around for fun. Goten gets the blue pills. He hands Gohan 50. Gohan swallows them and his Dick gets bigger than a shotgun! Goten gets 50 and swallows them. Goten’s Dick gets bigger than a two shotguns. They put their Dick’s together to see who’s bigger and Goten won. They both hugged and laughed. Even though Gohan was smaller, he still loved to see Goten happy with his Dick! Gohan gives Goten another Dick massage and Goten loved it! Goten gives Gohan one too and Gohan loved it! They both played video games with their huge Dick on top of their chests.